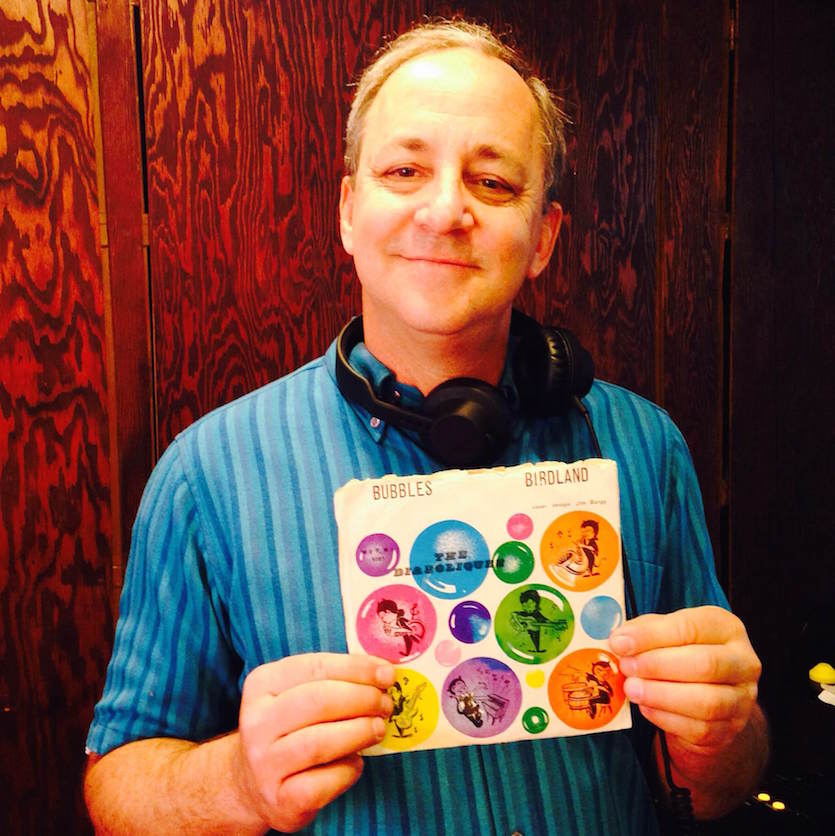 Domenic Priore is an American author, historian, and television producer whose focus is on popular music and its attendant youth culture. We met during the process of me doing research for a 1960s-themed feature script titled My Mirage. He’s since been an invaluable resource and friend for anything having to do with Sunset Strip in the 60s and the associated 1980s revival that it influenced.

I asked him a few questions about his book, Riot on Sunset Strip, and the impact of earlier African American and Latino bands on 1960s Los Angeles youth, culture, and music.

Your book “Riot on Sunset Strip: Rock’n’Roll’s Last Stand in Hollywood” first came out in 2007. Tell me about the initial release and some of the key things that went into making this book.

When “Riot” first came out in 2007, it had been 10 years in the making, and was an attempt at doing a coffee table book with a deeper text than most, something like the book “Populuxe” (Thomas Hine, 1986 Alfred A. Knopf, New York). The “Riot” text was the definitive story of a music scene, covering elements that had not been pulled together before. There were so many incredible images available from that time, that there never was going to be a way to get the definitive photography book together on the subject.

This time out, the book is focused on the text, with swatches of photos in three sections of the book instead. Some great images now appear in color, but now, there are less photos overall. The idea is to have a book that is less expensive, so more people will read it, and then follow with a book that is more photo and ephemera-based… timelines, lists of gigs, sidebars, and all kinds of fun stuff for a follow-up. 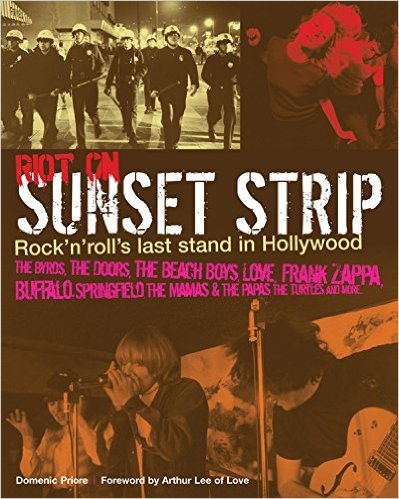 Now you have a new edition. How is it different from the first?

My favorite thing in the new edition that did not appear previously is an interview I did with Stephen Stills of Buffalo Springfield, where I only talked to him about one song… “For What It’s Worth”… and how that came together. It was written when he witnessed how a peaceful demonstration turned into a police riot in front of Pandora’s Box in November of 1966. That song became associated with a lot of movies and TV documentaries later, just about every time they cover the controversy and protest scenes of the ’60s, and situations within the Vietnam War, more often than not, you’ll hear “For What It’s Worth” played.

I thought it would be a good idea to really focus on just this one song with Stephen, and get to the bottom of how he wrote it, and what the thinking was behind it. There are other things throughout the book that have been updated when new information came in about things no one knew previously. When I went through the first edition of the book to “correct” it, there weren’t really too many mistakes in the actual text (the company had done the captions, and there were mistakes there, however). Some things in the original have become illuminated by new information, and those bits have been weaved into the overall story.

One of the awesome things about your book is how it captures a really multi-cultural time in rock history. What was going on musically in places like South Central LA, or East LA, before and during that time?

South Central L.A. is a really overlooked music scene, historically speaking. There was a box set called “Central Avenue Sounds” that Rhino did in the ’90s that covered the 1920s until the early ’50s. The last part of that touched on the beginning of an R&B scene in L.A., but just the very beginning. It was strong here, people were moving from other parts of the country to Central Avenue to get away from the Southern and Midwestern brand of racism. There was racism in L.A., too, but not like those places. Roy Brown, Wynonie Harris, Amos Milburn, Louis Jordan, Big Joe Turner, Little Richard… all moved to L.A. at some point, and then Ike & Tina Turner came here a little later on, settling in Baldwin Hills.

So much great R&B came from L.A. then, The Robins/Coasters, The Hollywood Flames (Bobby Day came from that group), The Penguins, Don Julian & the Meadowlarks, The Olympics. As the ’50s went on, after what was covered in “Central Avenue Sounds,” the club scene moved “West” so to speak, to the Crenshaw district, to streets like Santa Barbara Avenue (now MLK), Adams Avenue, Western Avenue, clubs like the Oasis, the Californian Club, Earl Bostic’s Flying Fox and in 1966, Maverick’s Flat, which Norman Whitfield immortalized in his song “Psychedelic Shack” (recorded by The Temptations, who played there opening night).

So L.A. had all these places where Sam Cooke, Bobby Womack (then, in The Valentinos), The Treniers, and others could wail, and then by the ’60s you had the emergence of Billy Preston, The Chambers Brothers, Charles Wright & the Watts 103rd Street Rhythm Band, Brenda Holloway, Gloria Jones, Brenton Wood, Dobie Gray, The Vibrations, Round Robin, The Rivingtons, and the guys who would later become War, who were playing all through the ’60s in groups like The Creators, Afro Blues Quintet, and Señor Soul.

Their later popularity in East L.A. (as with Brenton Wood) is a sign that in those days, East L.A. had complete reverence for what was going on musically in the black community, and from East L.A., you get great bands like Thee Midniters, Cannibal & the Headhunters, The Premiers, and others coming out with their own hits, from their own scene. Of course they all blended together on bills throughout L.A. during this period, and then you had Taj Mahal (Rising Sons) and Arthur Lee, Johnny Echols and Tjay Cantrelli (Love) breaking ground with inter-racial groups in the middle of all that. Tjay, in fact, had also played with The Creators.

What’s next for you?

Well, I tend to come out with books pretty steady. Funny enough, I’m still out doing events to promote last years’ “Pacific Ocean Park: The Rise and Fall of Los Angeles’ Space Age Nautical Pleasure Pier” (with Christopher Merritt, for Process Media) and then in April, another new one comes out. I’m currently working with Girl Group singer Donna Loren on a book filled with pictures taken by her father on the set of Shindig!, Batman, The Monkees, the beach movies and on a 1964 Dick Clark tour she was on featuring the Supremes, The Shirelles, The Dixie Cups, and others at the height of the Girl Group era.

Shindig! had so many amazing guests, and we’ve corralled photos of all the best of the stuff that was shot over here at the ABC studios in Los Feliz (the British groups on Shindig! were shot in the UK, so we don’t have those). But, yeah, Donna’s been real fun to work with and the title of that one will be “Donna Loren: Mover and Shaker in the Middle of a Mid-Sixties Pop Maelstrom.”