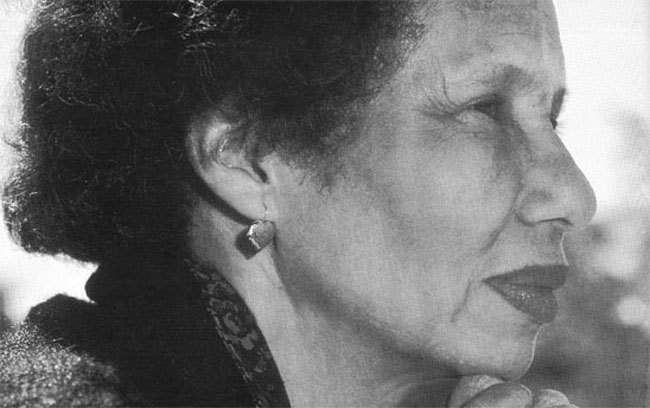 Adrienne Kennedy’s most famous play, Funnyhouse of a Negro, was produced in 1962 by Edward Albee as part of his Playwrights Workshop. Already a prominent voice at the time, Albee brought Kennedy’s first professional production to life, leading to many more award-winning plays and her place as a leading force in American theatre.

In 2013, Kennedy wrote Visited by a Phantom (“It took fifty years to write,” states Kennedy), her reflections on Edward Albee and how he influenced her life and career. It’s a timeless piece that, with Albee’s passing on September 16th, immortalizes the impact he had on Kennedy and serves as a fitting obituary to a man, as Kennedy writes, who affected her “as no other person ever had.” 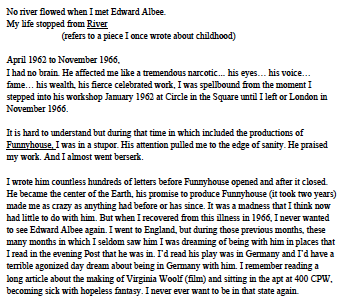