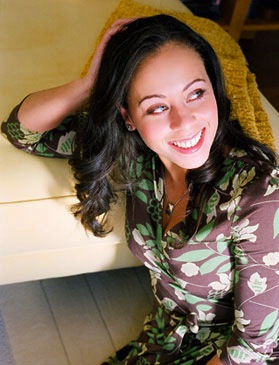 As we continue exporting and rendering and prepping past MBreauxsia films for your Vimeo-viewing pleasure, we took a moment to check in with author Heidi W. Durrow.

Heidi is the New York Times best-selling author of The Girl Who Fell From the Sky (Algonquin Books), which received writer Barbara Kingsolver’s PEN/Bellwether Prize for Socially Engaged Fiction, and was hailed as one of the Best Novels of 2010 by the Washington Post, a Top 10 Book of 2010 by The Oregonian, and a Top 10 Debut of 2010 by Booklist. Ebony Magazine named Heidi as one of its Power 100 Leaders of 2010 along with writers Edwidge Danticat and Malcolm Gladwell. She was nominated for a 2011 NAACP Image Award for Outstanding Literary Debut.

Heidi is a graduate of Stanford, Columbia’s Graduate School of Journalism, and Yale Law School. Originally from the Pacific Northwest, Heidi has worked as a corporate attorney at Cravath, Swaine & Moore, and as a Life Skills Trainer to professional athletes of the National Football League and National Basketball Association.

We asked Heidi a few questions….

What are you working on these days?

I’m working on my second novel and hoping that it starts to look like a novel soon. I thought I had learned how to write a novel after finishing The Girl Who Fell From the Sky, but I realize each book will have to teach me how it needs to be written.

What does your daily process look like (i.e., what’s a day in the life of Heidi Durrow)?

I don’t have a steady routine because I travel so much. The one thing that I do, though, wherever I am, is to write three pages long-hand first thing in the morning while drinking coffee. Sometimes it’s just journal writing but sometimes I find myself writing stuff that will end up in the book or become part of an essay or blog post. I try to read every day. It’s so important to have the well filled that way for me — and really for my writing.

How has the way you identify played into your writing, and how has this changed over time?

The fact that I finally, in my 30s, decided I could identify myself as I wished, and not as people saw me or expected me to, changed everything for my writing. I had an incredible freedom in my imagination that I hadn’t felt in the many years I struggled with being acceptable or understandable to others.

What keeps you up at night?

My never-ending list of things to do. And fear that the muse won’t come back again.

What are you totally over (i.e., what makes you sleep soundly at night)?

What advice would you give someone trying to self-publish a book? How would you suggest they handle marketing and publicity?

I have no clue about self-publishing. I looked into it many years ago, but the business is changing rapidly and I haven’t kept up. I did a lot of promotion on my own for my book but again I think it’s different if it’s a self-published book. I had a publishing house behind me and what I did in terms of promotion was to supplement the work that they did.

Heidi will be teaching a week-long writing workshop, “Writing the Debut Novel: Developing Your Manuscript and Your Career,” in January 2016 as part of the Djerassi Resident Artists Program. To keep up with her other goings-on, visit her website at http://heidiwdurrow.com/.

I attended a pretty fancy-schmancy university (Stanford, to be exact). When one graduates in the same class as famous political organizers, U.S. senators, and authors (or authors, or authors), there’s a lot of potential to develop a massive inferiority complex. For years, that’s kind of exactly what I did, i.e., compared myself to my peers, or at the very least, harbored a secret wish that they’d do something like eat bad fish, or stub a toe.

Well…as they say, that was then, this is now. I’m proud to say I haven’t harbored a jealous thought in a long time—probably for the last five or more years. How did I reach such a blissful state of confident Nirvana? How did I stop being a jealous, bitter, dramatic mess?

Here are 7 things that contributed.

If you’re currently a jealous, bitter, dramatic mess, I hope you find some pearls of wisdom or some small level of solace in the above. But stop comparing yourself to me—go make your own damn list.