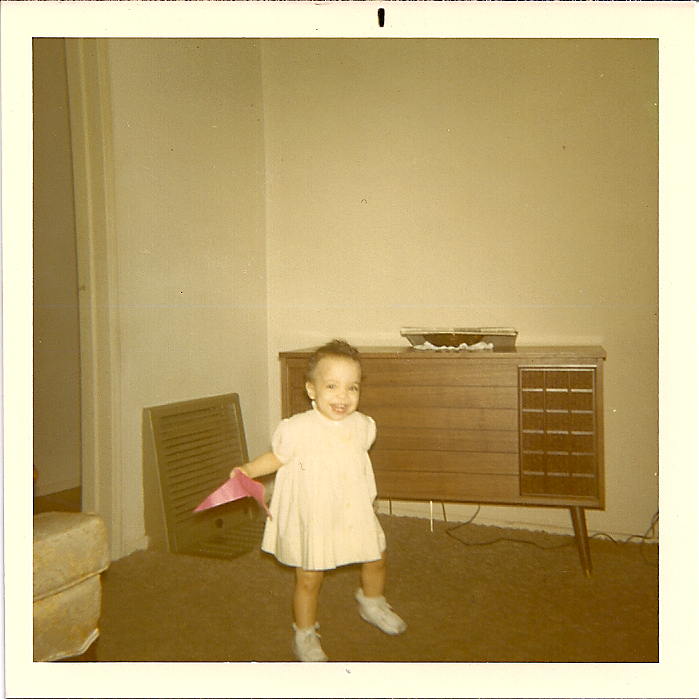 I mentioned in an earlier Cinemulatto post that I recently watched Breakfast at Tiffany’s for the first time. This was a movie my mother adored, if it wasn’t her all-out favorite. What I imagined would be an overly cheesy romantic comedy turned out to be something quite different. I immediately transferred Holly Golightly’s persona onto my mother: a young, single, female socialite, a hopeless and hip romantic, someone enamored of “the good life” and content to surround herself with friends spouting witty one-liners about yaks.

Whether perceived, concocted, or actual, the image was dissonant with the one I’d developed over the course of 28 years, before my mother’s passing from kidney failure in 1997. Dorothy Breaux was schizophrenic. Her hands had sunken into themselves, crippled from years of rheumatoid arthritis. She’d experienced three different strokes, causing the right side of her face to be slightly deformed and discolored. She was diabetic. Had high blood pressure. Was depressive. Thought the refrigerator talked to her. Was dependent on medication. Tried on a couple occasions to take my life, once with a butter knife, the other by strangulation.

This was different still from the pictures. Ones from the 40s and 50s in Jamaica, before Newton became Breaux—Dorothy Newton on a motorcycle, Dorothy Newton in a flowing, polka dot dress (the photo inscribed with “Jamaica’s Latin Quarter” on the back), Dorothy Newton either in a wide smile or a “tough girl” look. Could there be some actual connection between the woman in these pictures and the high life of a carefree, 1950s, New York ingénue?

During her moments of lucidity, my mother and I discussed many diverse and personal subjects—her sex life with my father (or lack thereof), her relationship with her own mother (similar to the caretaker one I had with mine), an affair she stopped in her late 20s, her father’s death and how she could see a swollen heart through his skin before his passing. Still, I never got a full sense of who my mother was during the years before she came to the United States, from her birth in 1929 to landing in Los Angeles in March of 1962. I know she gave me a love of music and dance. She kept a notebook of all the movies she watched as a young woman, which I found after her death. I have these and other snippets of a life.

I realized I knew so little about my mother. Under the influence of Audrey Hepburn, fresh off the pages of Danzy Senna’s Where Did You Sleep Last Night?, and recently inspired by Fanshen Cox’s performance piece on her relationship with her father, I developed a heightened curiosity and a need to know more. Now, I’m on a quest.

MULATTO OF THE MONTH: DOROTHY BREAUX 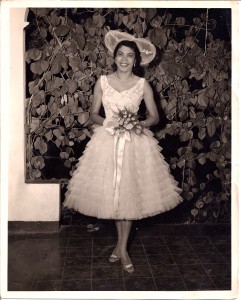 Born in Kingston, Jamaica, on September 7th, 1929, Dorothy Theresa Newton was one of five children and one of three girls. She was born at home to Mary, who by all accounts was white. (In pictures, Mary appears fair-skinned but her race is dubious.) Dorothy’s father, who was black, took her to get her first portrait taken when she was 12, where she held a hand-made purse in a neighborhood photo studio. Her younger brother, Leo, once ripped the head off one of her dolls. Other than this girlhood trauma, Dorothy had a great life in Jamaica and was admired by friends, family, and young men. She was a bona fide life of the party. She knew how to foxtrot and jitterbug. She worked as a seamstress in a department store. She smoked, drank, and made merry.

Traveling to Los Angeles in March 1962—with the promise of Hollywood and an introduction to a handsome young man—caused a distinct change in Dorothy. She was married to Sylvester Breaux on September 8th of that year. Twelve years her senior, he was later blamed for Dorothy’s transformation from confident, independent young woman to dependent, stay-at-home, mentally ill mom. There is evidence that Dorothy exhibited signs of schizophrenia the year she left Jamaica. Still, many thought Sylvester’s erratic, angry, controlling behavior exacerbated the problem and fed Dorothy’s predisposition toward mental illness.

We celebrate Dorothy this month, as we continue to excavate her life before sickness.