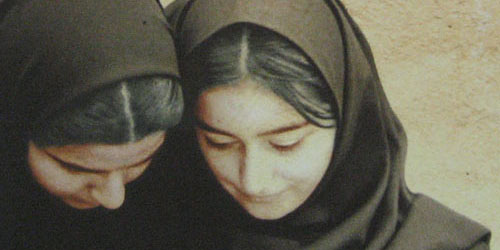 Cinemulatto’s mind has been all over the place—still tracing my family history (yes, someday I may even participate in an Acadian reenactment), reading a lot, breathing a bit after some big work deadlines. I’ve faced a few film festival rejections, leading me to wonder why I bother submitting to film festivals (and spending way too much money on submission fees, travel and housing costs in the event of an actual acceptance, and moving-target distribution opportunities).

I’ve had many moments where there’s been “just a little question in my mind,” to quote Arthur Lee. Here are the resulting thoughts.

Obama. A friend and I once had a debate about Jungle Fever and the gist was this: he felt Spike Lee could do no wrong since he’s the most radical African American filmmaker who’s ever hit the mainstream. Although I wouldn’t consider Obama radical, in many ways his presidency is a deviation, one mixed with inspired moments of governance—becoming “the LGBT president,” giving us Obamacare, pushing for immigration reform, reaching out to Cuba. I recognize there’s still work to be done and that he’s not perfect. Still, Obama has had an active and relatively progressive tenure, and this is why I find myself forgiving some of his political transgressions. After all, just about all of the “bad” things about his time in office predated him; things like wiretapping, drones, and detainees at military prisons were started by others. Obama hasn’t stopped them, for sure, but he also inherited them and likely stepped into an already well-established culture that predated him by several decades. So, I’ve been thinking about this. I’ll keep defending him.

Progress. The universe is almost 14 billion years old. Astronomer estimates say there are over 100 billion galaxies. What’s the nature of progress?

Democracy. In writing about Jane Austen’s female leads, Azar Nafisi states in Reading Lolita in Tehran, “They risk ostracism and poverty to gain love and companionship, and to embrace that elusive goal at the heart of democracy: the right to choose.” Does this mean that the second episode of Black Mirror has a happy ending?

Vaccinations. Why are we debating this?

Compassion. My brother David is in San Antonio, Texas, continuing his year-long compassion tour. Meanwhile, I’m making arrangements to visit the child I sponsor in Jackson, Mississippi, and the number of impoverished public school children has risen. Compassion is doing whatever one can to help at least one other person.

Films of the imagination. Have things like reality TV and the John Cassavetes Award inured us to creativity? Does make-believe only exist in the realm of science fiction? Can’t I pull a story and fictitious world out of my ass and have it be believable on its own terms?

Athanasia. My short film got accepted into this year’s Queer Women of Color Film Festival! The story is completely fabricated. It looks at how death affects an aunt who loses her nephew and her relationship with her partner. Everyone has their own way of dealing with death. More details to come once I have them. (By the way, there are no submission fees for this festival, it’s local, and all films are free.)

What are your current thoughts?