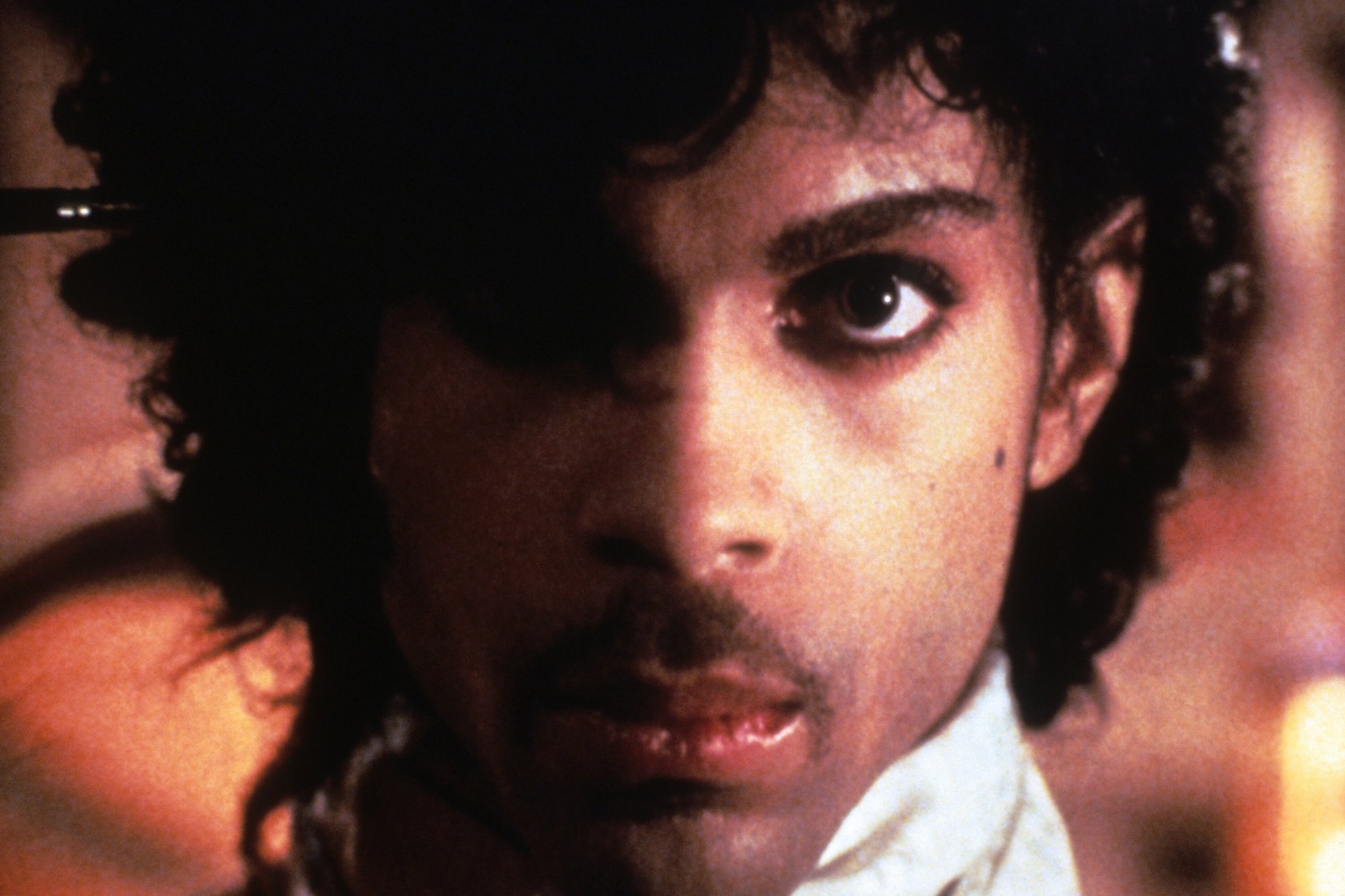 “We grow up with these people. We see their movies, we hear their music on a regular basis and we really get to know them. In a sense, they become a member of our family — especially the ones we really like — so when they die, it’s like an extended member of our family dies. It’s somebody we feel like we know.”
— David Kaplan, chief professional officer of the American Counseling Association, as told to Huffington Post

Prince died almost a week ago. People continue to use social media to grieve his passing and celebrate his life, one that ended way too early from still unknown causes.

He means everything to his fans, but holds a specific place in the heart depending on who you are — a hipstorian focusing on his breakout period or B-sides; a member of the LGBT community who idolizes him for his androgyny and for guiding us into an earthly paradise of purple sexual liberation; a musician or ham musicologist who marvels at his multi-instrumental and vocal prowess; a Black person who applauds him for shattering normative images of the Black man and being a genre-bending hero.

He means everything to his fans. Looking back on the impact he had on my own life, and drawing inspiration from the anniversary of the birth and death of another timeless artist, William Shakespeare, it becomes a sort of work in five acts — as complex as a Shakespeare play, with the same fusion of comedy and tragedy.

My brothers and I are plopped on their twin beds, eyes positioned toward the old TV set with wood panels and knobs so loud that when you turn them, everyone in the house knows you’re channel surfing. This afternoon we’re tuned in to Prince singing I Wanna Be Your Lover on American Bandstand, January 26, 1980. Only 19, he already has all those traits he’d refine, own, and define throughout his career: sexy, bold, original, unafraid, and impossibly multi-talented despite his young age. This was something we all wanted in on.

Who is this wild and enigmatic man?

High school. Some people have fond memories like prom, house parties, the establishment of longstanding friendships. For the rest of us, high school sucked. There I am, a shy kid on the track team, escaping my home life and my shouting father, among other disagreeable things.

June 1984. Purple Rain officially releases to a hailstorm of lace, flowers, and side-draped hair. That whole subsequent school year, Prince’s songs blare through campus, on Walkmen, from the lips of teens of all colors and stripes, and through the psyches of those particularly prone to age-appropriate angst. Which is most of us.

There I am. Locked to my Walkman and cassette tape. Coincidentally, I develop a massive crush on a Prince lookalike, a kid named Carlos Berrios on the competing Keppel High School track team. I devote pages upon melodramatic diary pages to this young man who made me so badly want to fall in love, and at the very least, forms an imagined but steadfast bond with his Minneapolis-born adult doppelgänger.

There I am on a chartered bus, heading back from a track meet. The Beautiful Ones awakens the possibility of current and future passions. When Doves Cry makes it seem like things will indeed get better, and that I’ll eventually take to the air, leave this place, and get to eat Doritos in bed and sleep in as late as I want. (If Prince does it in Purple Rain, why can’t I?)

And there I am with my older brother and our friend Mike at my first live show, at the Forum in Inglewood for the Purple Rain Tour, dressed in skimpy lacy things as colored lights flash and flowers rain down from the ceiling. (An aside: After Prince’s passing, Mike reminded me via Facebook of the Prince-inspired band that he, my brother, and I attempted to start. Suggested band names included ‘Lascivious Reflection’ and ‘Suite 707’.)

(Another aside: My second live show was that same year, to see The Three O’Clock at The Palace in Hollywood. Prince was a big fan of this band and of the Paisley Underground.)

The final scene of this act: One day while my father’s away from home, my brothers and I use a camcorder I borrowed from my track coach to create We Be Fitten’ to Throw Down, a DIY blaxploitation takeoff. The soundtrack features several Prince songs from For You and Prince, including “In Love”, “Just as Long as We’re Together”, and “I Feel for You” (which manages to make it into a living-room chase scene).

Act Three: The Climax of Action

I don’t have an awakening — it’s a detonation. During the era of Anything That Moves, I leave the prude behind, and into its place steps the 24-hour party people me. Goodbye, hometown, goodbye.

September 9, 2004. I’m having a post-production fundraiser for a short film I just created, Faith-Based Charity, at the Paradise Lounge in San Francisco. I’m drinking a lot. I’m not making much money at this fundraiser. So, I step outside to the sidewalk. Just a little break from my own party, I think.

A crowd’s gathered outside BeatBox next-door, and I see a white guy in a straw cowboy hat moving lights in through a side door. What’s up? I ask him. Prince after-party, I find out. Prince?? Yeah, he played at Oakland Arena tonight. Can I help you? Grab a light!

I teeter and crash through bodies, stagger up some stairs, and set the lights down before looking around. Jerome Benton’s there. Jellybean Johnson’s there. I introduce myself to Jerome and he tells me, “Don’t cause any trouble.”

A doorman guards another inner room, all white with a white couch lining the perimeter, and inside sits Morris Day. The doorman flirts and wonders why “the prettiest girl here” won’t agree to hang out with him for the night, but I have other things to do and it’s not my fundraiser or this guy.

I go inside the Morris Day room.

I immediately drop to my knees and bow before him, to which he responds, “Aw, naw, don’t do that, get up,” so instead, I sit beside him on the white couch, asking him something or other about the wife and kids, remembering in my drunken state the advice that says the best way into someone’s heart is to ask about their family.

Cut to me back in the main room of this second floor, arguing with a woman who appears to be a stage manager of some sort for Prince’s entourage. She’s trying to get me to leave and asking why I need to be there, to which I reply, “I’m here for the lights.”

“But they operate with an on-off switch.”

“Well, you see that video screen and DVD player over there? If anything happens to that, you’re screwed.”

She lets me stay. Moments later, through another side door, Prince walks in, without much fuss, and he’s right there. Right there. Close enough for me to touch, but I don’t (yet). Playing cool for now. Watching the guy in the cowboy hat give me a side glance. Sensing Jerome nearby, on the lookout for my “trouble.”

I’ll never have this chance again. So I calmly approach Prince, extend my right hand, and ask, “Mr. Prince, can I shake your hand?”

He shakes my hand. I notice we’re the same height even though he’s in heels, and I tell myself to never forget this feeling, never forget to say “warm and soft” if anyone ever asks me what Prince’s hand feels like. It was warm and soft. He smiled.

Just before I leave the balcony for good, someone from Prince’s retinue announces, “I’ll take your flyer.”

But it’s too late.

On the morning of Thursday, April 21, I sit at my desk at work, checking the day’s news, and see that there’s a “death at Paisley Park.” Whoa, I think. I wonder what happened? Maybe some racy party-til-dawn gone awry? Just a few moments later, my co-worker tells me Prince died. The first thing I say is, “No.” It’s not yet denial or grieving. It’s simply a correction. After all, he was 57, and known for eating well, keeping fit, and avoiding drugs and alcohol. Everyone else dies, but for Prince this is impossible, right?

As social media starts flooding with sadness, tributes, and breaking news, I shut down emotionally. This always works well for me — keeping it together until the coast is clear and I’m alone at home. After the work day ends, I find myself like so many others, reminiscing and in tears, not understanding how someone who’s such a fixture can simply no longer exist, even though I never personally knew him, and I’d only met him in person once (and not even while I was sober).

Everything that we always knew, that we took for granted, came into sharp relief — how he smashed gender and racial roles and stereotypes, how he promoted women, his unyielding confidence, his colossal talent.

All the stages of grief were there on social media. I saw posts representing each one:

(A Final Aside: More on Acceptance)

For me, acceptance means giving back. It means not caring a whole lot how Prince died, and promising myself I’ll turn off the social media chatter for a good couple of weeks after this information is made public.

It also means already crafting my message for people who don’t get it, even if this message is never delivered, if and when they say, “See, Prince is another bootstrap example of not letting racism stop you from success. Instead of complaining and whining, Black people should be like Prince.”

If they’ve been paying particular attention, they’ll bring up the words of Van Jones:

“I said, ‘Well, yeah, Prince that’s true but that’s because of racism.’ And he said, ‘No, it’s because we have not produced enough black Mark Zuckerbergs. That’s on us. That’s on us. To deal with what we’re not doing to get our young people prepared to be a part of this new information economy.'”

The people who don’t get it will say something to the effect of, “See, you people have to do the work and not always blame racism.”

And my message to them will go like this: It’s not your place to speak for Black people. It’s not your place to interpret words spoken from one Black man to another. So, I’ll interpret them for you: Racism exists and those in a position to do so can give back and lift up, recognizing that this is one of our most powerful weapons in making white power structures irrelevant. You can be an ally. But you can’t set the tone of the argument, nor can you issue armchair directives, nor can you lead us down a path to success.

I’ll say: Unless you’re currently or formerly part of the communities that organizations like #YesWeCode serve, or you’re already helping in the fight for justice and equality, here’s what you can do: Donate funds. Respectfully decline to comment. If you happen to comment or proffer an opinion since you refuse to be “silenced,” then expect to be denounced or ignored.

This is my acceptance, and it feels pretty good. It means being ready to move on to the next phase. It’s taking ownership of my place in the cosmos. It’s giving back.

Thank you, Prince — for helping us love, live, dance, come, take action, and open ourselves up to possibility.