Not only do I hope tech companies come around and pursue the right course of action in San Francisco; they have a chance to take the lead and set a contemporary model for civic and corporate responsibility in a city with a long history of progressive politics.

Yesterday, Mayor Ed Lee met with several high-ranking tech figures to ask them to contribute more to housing, education, and public transportation. The meeting was private but the media obtained a copy of the invitation. Protestors made their voices heard outside of the offices of Salesforce.com.

This is an unprecedented opportunity for tech giants to do several things:

I always have to disclose: I’ve worked in the tech industry since the first dot.com bust. My first film was financed from stock options. I’ve been told I’m the exception and not the norm—a mixed-race queer chick who works in a highly diverse company. I regularly donate funds and resources to the artistic endeavors of friends, when I’m not financing my own. I’m so left-leaning it often feels like I’ll fall down. (Or is it vertigo?)

Surely, though, there can be some kind of n-point plan for eliminating—or at least greatly mitigating—several of the woes faced by the people of the Bay Area. Here’s what I propose.

Get as many tech companies as possible to form a coalition, perhaps called something like Community Partners, to help to directly combat the Bay Area’s most pressing issues. Over a five-year period, the companies would tackle the most urgent ones, the first two being unquestionable matters of life and death. After these goals are reached within the given timeframe, the next social ills would be addressed, two at a time over five-year periods.

Here is what I believe are the two biggest, solvable problems:

And after these are addressed? Solve problems in education, air quality, and public transportation. Compile a full list of problems that, by solving, would not only bring even greater prosperity to more people (San Francisco County currently has the second highest per capita income in California), but also position local tech companies as the most progressive coalition of businesses in the nation. How’s that for a marketing advantage?

How to accomplish all these lofty goals, those of you who work at tech companies? First off, start interacting with the outside world. Use the tech-ubiquitous catch phrases of innovation and disruption to affect social change on a large scale. Keep it organized. Rally with your tech allies to put together a project plan, measures of success, a budget, and the like; pledge a dollar amount toward a specific organization or set of organizations; then partner with these organizations until real, measurable change is realized. If even half of the 100 companies pledged $10,000 a year over 5 years, that’s $2.5 million dollars. This sort of mass philanthropy could produce real, lasting change.

What do you think? Would tech companies buy into something like this, and can the Bay Area be a beacon of civic improvement? 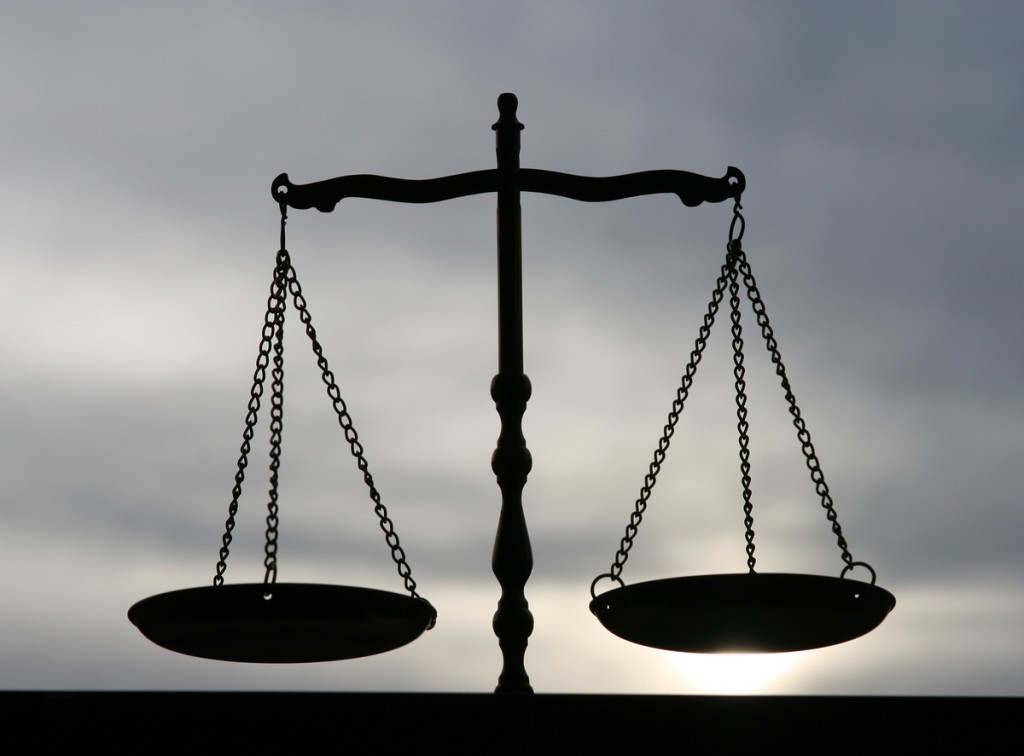 I have varied thoughts about the BART strike. A friend of mine is one of the employees demanding such things as safer work conditions, a guaranteed and fair annual raise, and low-cost health insurance. I have other friends and acquaintances who always side with unions, and still others who either want to fire all BART strikers on the spot and replace them or who think the strikers are greedy.

I’ve been told BART management is lying in an effort to gain public support. On the other hand, I know that the average salary quoted for a BART worker with a high school diploma, $60,000, isn’t that far off from the average salary of a Bay Area computer programmer with a college degree, $63,000 (unless you work for Facebook or Google). And, programmers constitute a profession that’s part of the current tech-bashing trend largely based on misinformed stereotypes. San Francisco programmers aren’t paid overtime or pensions, nor do they have unions. Then again, BART workers don’t get swanky biotech perks like free stadium-sized concerts or company cafeterias serving catered, organic food like Genentech, my former employer, provides. On the third hand, BART employees make more than public school teachers, who some would say (myself included) have the weighty task of ensuring a well-knit societal fabric and deserve to protest loudly and often.

I fall somewhere in the middle in the Me Versus You cultural war. I frequently find myself in this space when it comes to social justice issues, amid both left and right attitudes that never seem capable of seeing the other side or of not resorting to knee-jerk, prejudicial reactions. I’ve lived in lower-middle-class, brown neighborhoods for most of my life. I grew up poor and now work in tech, as a copywriter and technical writer. The small company I work for is diverse and has an Asian CEO. I love the company and the work I do. Outside of work, I have friends of all backgrounds and persuasions: kinda rich, super rich, moderately poor, very poor, black, white, Asian, Latino, LGBTQI, straight, disabled, large, small, and Canadian.

I’ve come to realize: not only are there mixed-race folk; there are bi-economic folk, able to mingle successfully not only among the brown, the poor, and the otherwise financially challenged, but also among those who break out the scotch at Friday Happy Hour. And this, my friends, is why I’m not leaving San Francisco (for now). Let me ‘splain.

First off, respect to anyone who got fed up and left. I know many who have. For those who can afford it and stayed, great for you. You’re keeping San Francisco diverse. You’re educating where it’s needed and expected. We’re James Temple’s “intelligent, creative and open-minded people,” putting up with the douchebags who are apparently bringing the city to its knees (again). Douchebags, by the way, come in all shapes, sizes, and economic backgrounds. Prejudice and ignorance are odious regardless of the perpetrator.

People like me have done our fair share of educating, interfering, and throwing a wrench into any plan to make San Francisco anything other than what it’s always been—a hub for freaks, geeks, searchers, and visionaries. I had a blast during the first tech boom of the 1990s. Limos ritually dotted Mission Street with drunk assholes standing out of sunroofs. My friend Kortney and I snuck into one during Christmas season and crashed a party of eight, red-nosed Santas. Every now and then, I got people like intoxicated lawyers to pay for my pricy meals. It was awesome. All bilking aside, there were moments of true intermingling, of conversations and interactions that crossed supposed cultural boundaries. It can happen again. We can move beyond labels of “tech people” and actually engage in conversation. We can actively embrace balance and shades of gray, even with something as polarizing as a BART strike.

So, for now, I’m not going anywhere. Until, that is, I decide to take my life savings and retire in Tuscany.

I saw The Three O’Clock at Great American Music Hall last week, a reunion show that placed me as an audience member some 30 years after seeing them at The Palace in Los Angeles at age 15. Mod Male recently wrote a blog post about their influential music and fashion sense. Here I was, however, dragging my lesbian child-bride to something I hoped would spark distant memories and create new ones.

Both were the case. More on that in a moment. For the time being, as I picked out a perfect tie for the show, I thought about a mention of the band in Frontiers LA’s article, Gay for Play, where lead singer Michael Quercio is referenced as “openly gay”. A link to the article was posted on the Three O’Clock Facebook page along with spirited responses, including one from Quercio (“F-OFF”) that I tended to agree with. Openly gay? What’s that got to do with 1980s psych-pop? Or the reunion of one of my favorite childhood bands? (They still sound so great!) Would someone really go see a band just because someone in it’s gay? Why hadn’t the gay press given Quercio the time of day over the last 30 years? Had the gay police widened the search for musical icons? Have we once and for all moved beyond house music, Tracy Chapman, and Tegan and Sara?

On the one hand, new gay icons are fantastic. Gay culture needs as much diversity as it can get. On the other hand, going to see the Three O’Clock only marginally brought up issues of sexual identity for me. What it did more than anything is, indeed, bring back those original memories of seeing them at age 15. The excitement of my first concert. Taking a bus from Duarte (near Pasadena) to Hollywood and Vine with my older brother. Giving change to a homeless person for the first time. Using the fakest ID in history—handwritten by a friend. (The door guy told me, “I guess this’ll have to do” and let me in.) Witnessing two people French kiss for the first time. Seeing Michael Quercio, who I had a huge crush on, from right near the stage. Hearing songs in person that I’d only appreciated from the privacy of my cloistered teenage room, and singing along to all of them. Being showered with falling balloons at the end of the show. Trying to get home after being told we needed exact change for the bus—change that had gone to the homeless guy.

Maybe I’m old, or world-worn, or perhaps I’ve lived in San Francisco too long. Or maybe loyalty to teen idols trumps everything else. I’m certain of one thing only: the gayest moment of the evening came not from seeing Michael Quercio on stage, but from running into our lesbian gynecologist. How gay is that?